An Interview with BILL CUNNINGHAM: Fashion Forecaster on Wheels 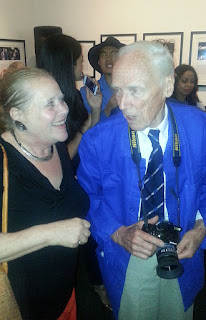 
Bill Cunningham has passed. We lost an amazing icon and fashion lost its humble advocate.

About Bill by Bill

In 2014, Fern Mallis interviewed Bill Cunningham in September, 2014 at the 92nd Street "Y" in New York City. The "Y" has graciously provided the following excerpts from the event:
In a rare interview, New York Times fashion photographer Bill Cunningham chronicled his fascinating career documenting style through the decades.

To close out the Fashion Icons event, the 86 year old told the packed house about the best fashion show he’d ever seen. What followed was a compelling and emotional story about the 1973 show at Chateau de Versailles that brings together a cultural movement that not only signified a new era in fashion, but also was a marker in racial equality. - See more


“If you don’t dress the inside of your head like you’ve been dressing the outside of your body, you’re in trouble.” —Bill Cunningham